"Sam, we've got to get up. This police officer is pointing a gun at us"

Traveling on public transport in France is a task full of inherent risk. That risk comes from the communists and peasants who make up the French nation spending 90% of their working lives on strike and it was this cruel fate that so nearly ruined the journey to Basel for England's opening Euro 2012 qualifier against Switzerland.

In an attempt to save money, we decided to let the train take the strain, catching the Eurostar from St Pancras to Paris and then a TGV service from the French capital south to Basel, nicely nestled on Switzerland's borders with France and Germany.

Yet thanks to a number of work-shy Frogs, our booked train was cancelled meaning we had to catch one two hours later than planned and due to the strike, this train was utterly packed with standing room only. Standing next to a toilet in a small corridor is not the best way to spend a four hour journey, not even when you have a crate of Kronenbourg and are sharing the impossibly tiny space with a very beautiful woman. She unfortunately did not speak English. Either that or she pretended she couldn't to avoid talking to us, which in fairness is more likely and a pretty shrewd move.

The one good thing about the strike is that it did give us enough time to wander off and see one of the sights of Paris, the Arc de Triomphe. It was a good six miles round trip which was plentiful exercise for a man of my statue.

Despite worries that it would be incredibly tight to make the game given the delay, TGV went a small way to redeeming their lazy workers by getting us to Basel with just over an hour until kick off. We stumbled across Papa Joe's which was what appeared to be a restaurant but was showing the sort of initiative that would get you a long way on Dragons Den by selling cans of beer from crates through it's windows.

This was genius in two ways - they would make a lot of additional profit from the Swiss and England fans mingling outside and it also meant that we didn't have to pay the high price of a pint with cans of Feldschlosschen all around. It weighed in at a hearty 5.5% and led to a brilliant atmosphere at Joe's prior to the game, with the Swiss fans showing just why they haven't been involved in a war by being extremely friendly throughout.

St Jakob Park was a short tram journey from the old town area and from the outside resembled a block of flats in Peckham rather than an international football stadium. England had 4,000 tickets in a two tiered stand behind the goal and if you were stuck at the front, there was one massive issue - the rain that was absolutely hammering down. Now watching regular football at Withdean makes you used to getting drenched, but there was an underlying problem in this particular situation in that we were sleeping rough that night before traveling home the following day. Spending the next 24 hours in wet clothes would not be ideal, and so it proved with the dreaded man flu following a few days after getting back to Blighty. 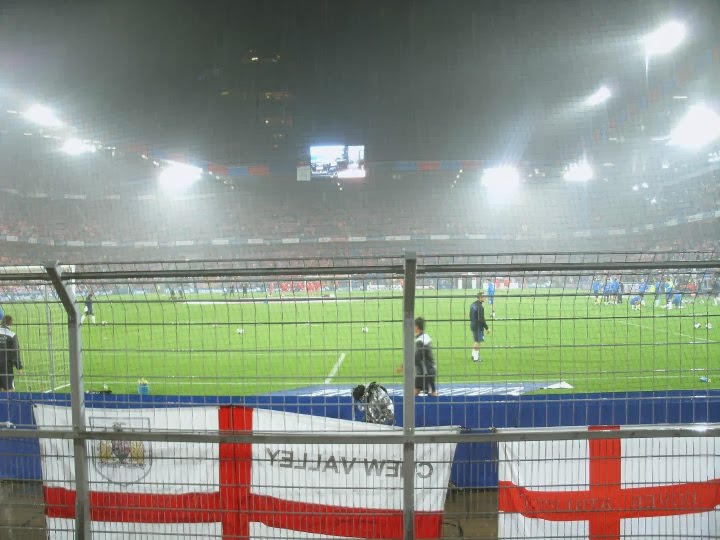 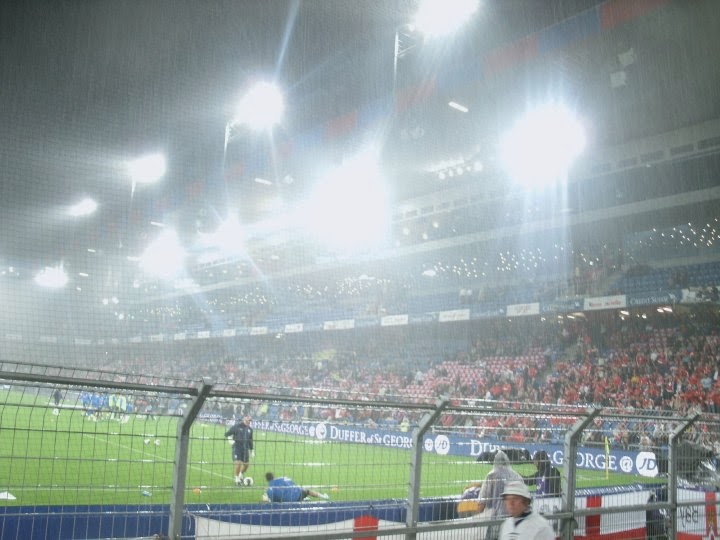 The stand opposite to where we were based was identical to the away section and down both sides were three tiered efforts. The place was packed for the encounter and with their flags and noise, the Swiss were being anything but their normal neutral selfs. It quietened down after just ten minutes when Wayne Rooney scored on the pitch as opposed to in a pensioners bed to put England ahead with his first international goal in over a year and Adam Johnson made it 2-0 in the second half. The wonderfully named Xherdan Shaqiri scored an absolute screamer to give the home side hope but Darren Bent soon extinguished it for a 3-1 win. Six points out six after beating Bulgaria on Friday, job done.

With the rain relenting after the game, we risked the walk back from Nelson Mandela House to the old town as the trams looked absolutely rammed. The name of the game when sleeping rough is to make as much use of bars and nightclubs as possible and we did just that by returning to Papa Joe's which now seemed to have morphed from a restaurant into a club by opening it's top floor as a pure drinking area. There were a number of England fans in here plainly taking the same approach as us with people asleep at tables and the staff of Joe's doing a fine job in just letting them get on with it. If you fall asleep in a pub in England - and I can talk from years of experiences of doing so - you are likely to get a severe talking to from a bouncer and maybe even a barring. But not in good old Basel.

They do have some rules however and when one man was sick off a balcony onto the terrace below that was deemed to have quite rightly crossed a line. Having been up for approaching 24 hours at that point given our 3am departure from Sussex, that seemed as good a point as any to retire to bed - or in this case a set of steps that linked the central station to a car park.

We only had an hour and a half worth of peace here before being woken up by the unusual sight of a police officer pointing a gun in our faces. This seemed to indicate we had to move on, namely to the main station for more sleep and then to a Starbucks where one small tea was purchased in exchange for another hours kip in a downstairs corner of the coffee chains outlet. Again, we were undisturbed. Try that in England and see what the results are.

The rain was still pounding down at this point which meant a quick look at the Rhine and the cathedral was as far as the mornings sightseeing went before the train back to Paris and St Pancras. And do you know what? There wasn't one hitch on the return journey. Rooney scoring for England and the French doing a days work - the wonders simply never cease. 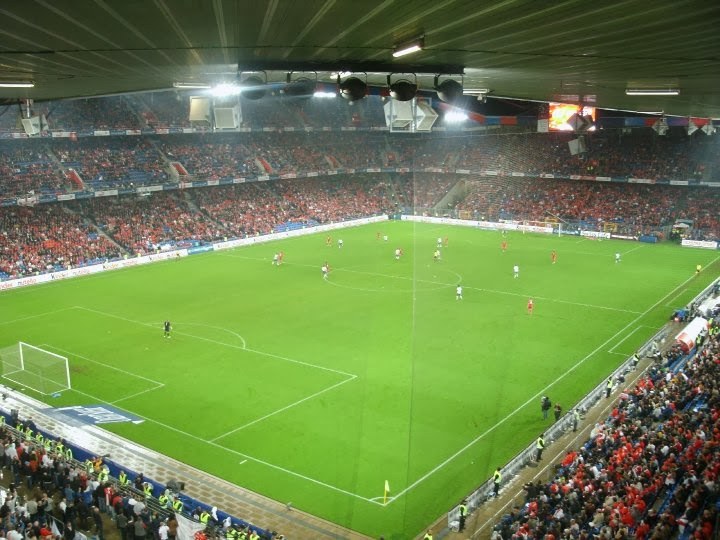 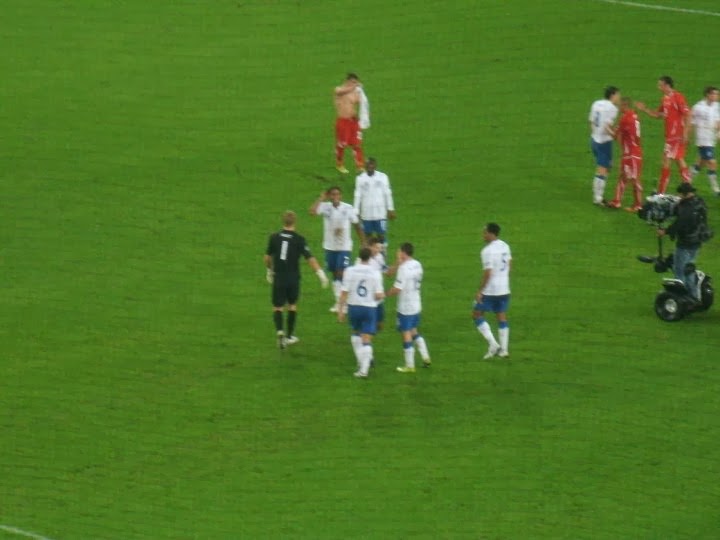