If Manchester United fans can claim to be fans when they've never seen their team play live, then we have real claims to being not just fans, but diehard supporters of VfL Wolfsburg. Hot on the heels of attending their visit to St Pauli back in November, we again found ourselves joining the traveling support to FSV Mainz for a crucial Bundesliga clash.

Now Wolfsburg fans may hate Schteve McClaren with a passion but if things aren't going quite according to plan on the pitch then off it he has been a roaring success, guaranteeing merchandise sales and attendance of matches from this new loyal band of English followers. And to think, we used to mock the Korean's for supporting any team their star players signed for. Little did we know how much fun it could be.

Not even Ryanair could spoil this trip. Yes, they flew us into one of their Biggles' airports - Frankfurt Hahn - which, in true Michael O'Leary fashion was nearer to Kabul than Frankfurt - but even with the €25 each taxi journey from the middle of nowhere to the city of Mainz it worked out as cheaper than flying into the main Frankfurt airport and catching a train.

Mainz itself was lovely. An old school German city centre with old buildings, we found a plethora of great little bars to drink in on the Friday night. The speciality food in this area of the Fatherland is Cheese and Music - wonderfully named because it is a cheese board whose potency can leave you with extreme flatulence, hence the music. Needless to say we experienced as much of this as possible. One pub had a fantastic way of encouraging drunk gents to aim into the urinal by placing a plastic goal and a little football in there which you could fire into the back of the net with your urine. Perhaps the secret to Germany being so good at penalties?

This is Mainz's last season at Stadion am Bruchweg before they move into a brand new purpose built home on the outskirts of the city. The ground was a short hop from the main station and had a large shopping complex opposite it featuring a number of little cafe bars where we had our pre game beers and much needed hangover clearing pizzas.

The ground was absolutely fantastic - a real old school stadium, falling apart and completely bizzare. It's not hard to see why they want to move to a new ground having been an established Bundesliga club for a number of years now but it's hard to escape the conclusion that a certain element of the underdog character of Mainz will be lost when they do so.

Both ends behind the goals were large covered terraces with a seated main stand. We were sat opposite that in a building that had seating at the rear and terracing at the front. Our position in itself was bizarre, being basically in the no mans land segregation between the sitting Mainz and Wolfsburg fans. It was almost like when issuing our tickets they weren't sure where to put us and no doubt that confusion was enhanced when, despite having entered through and use the home areas facilities, I whipped out a Wolfsburg hat for the game with the consequence being my own personal steward sat behind to keep an eye. Even in Germany my reputation seemingly proceeds me.

The best part of the ground though were the corners. In a desperate attempt to increase capacity, Mainz have erected temporary structures in each corner built around their floodlight pylons. Christ knows what the view is like if you get stuck behind one but you have to applaud the ingenuity of whoever came up with the idea.

It's these sort of old ground that for me provide the best atmospheres and that was certainly the case with raucous Mainz fans at both ends and a decent Wolfsburg contingent in the middle. There was the regulation chorus of You'll Never Walk Alone before the game and after that both fans were in fine voice, with the Wolfsburg choruses of their 1945 song sounding particularly impressive.

It was Wolfsburg who got the win to ease a bit of the pressure of Schteve thanks to a second half header from the one and only Simon Kjaer! The man who had looked like an utter clown three months ago at St Pauli turned into the much needed matchwinner with ten minutes to go which was a big boost to everybody given the loss of Edin Dzeko to Man City at the start of the month. There was also a glimpse of Lewis Holtby off the substitutes bench for Mainz who having only played for Germany in one friendly match could yet switch allegiances and represent England in the future.

Afterwards it was back to the shopping centre to watch the rest of the Bundesliga results come in and then a taxi journey back into town where we met up with some Wolfsburg fans who waxed lyrical about how much they hated Schteve much to our disbelief! After one of our number fell asleep in a pub the barman took the extreme move of waking him up by brandishing a machete which was more than enough to convince us to move on with the night ending in a cinema foyer which doubled up as a nightclub.

The likelihood is that Schteve will be gone from his job within the next few weeks if the Wolfsburg fans we met are to be believed. But after two away games in two months, we no longer need the English connection to justify jetting off to Germany to watch them. We're proper supporters now. After all, if those United fans who've never seen a game can be fans, then so can we. 1945! 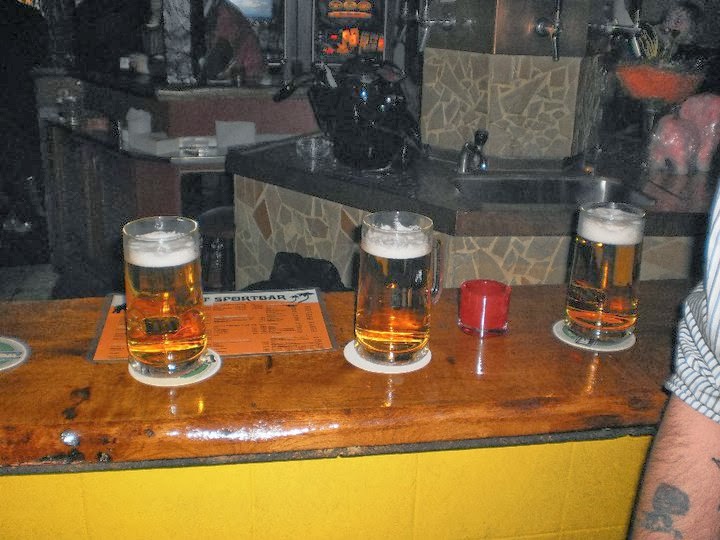 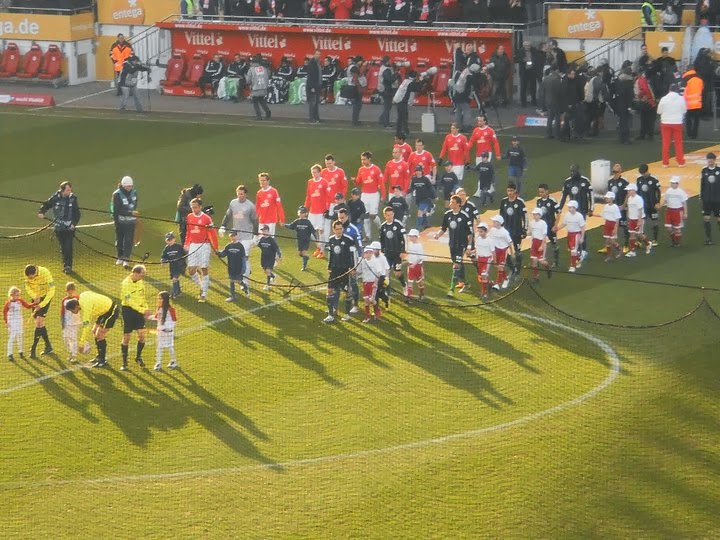