"When I said I was going to have a little nap, the general idea was to wake me up when the second half kicked off. Not leave me asleep for another 20 minutes."

Insomniacs, your days of sleepless nights are over. For I, Scott McCarthy, have come up with a cure that will send any man, woman or child into the land of nod at the drop of a hat.

You won't find this treatment on the NHS. If you went private, it would probably cost you hundreds of pounds. But, being the kind and considerate member of the human race that I am, I'm giving it to you for free.

Firstly, you want to book yourself a cheap flight to Munich. There, visit six or seven of this great cities finest beer halls. At 3.30am, board a bus to Ljubljana. Five hours later you will arrive in Slovenia's capital city. Have some breakfast. At 10am, recommence drinking for the next eight or so hours. At 9pm, attend Slovenia v England at Stozice Stadium. By 10pm, you will be out for the count.

If you forget the turgid 90 minutes Gareth Southgate's England side served up in Slovenia - which it is bloody easy to do given sod all happened - this was another excellent trip. Munich remains one of my favourite cities in Europe. It has the perfect mix of beer, sausage and history, which made it the ideal starting and finishing point.

So, what does one do on a Monday night in Munich when one has to wait around until 3am for a bus? Augustine Klosterwirt, Ratskeller, Hofbrauhaus, Augustiner am Platz, Weisses Brauhaus, Palais Bar. In that order.

One of the many cost cutting measures you can take on these sorts of trips is overnight travel. It means you don't have to pay for accommodation and your time sleeping is put to good use getting from A to B, leaving more time to explore wherever you happen to end up.

This is all well and good in theory until the bus driver decides somewhere up in the Alps at 6am to whack the air conditioning on full blast, ruling out any more sleep. Cheers mate. There is of course also the washing situation. If you are sleeping on a coach for two consecutive nights, showering becomes a problem. Thankfully, I had my friends Lewis and Mark to sort me out in this regard with the use of the facilities in their splendid apartment in Ljubljana.

The best way to say thank you to Lewis and Mark was clearly to drag them to the pub for 10am and get the beers in, after which we could explore Ljubljana. There have been plenty of beautiful places on these footballing trips and Ljubljana ranks up there with the best of them.

The tiny Ljubljanica River meanders its way through the middle of the city with a plethora of charming bridges connecting the cobbled streets on either side. High above the city rises the castle, keeping an eye on everything going on below. A cable car takes people up to the top, from where stunning views of this quaint corner of Europe can be had.

Unfortunately, I never made it onto the cable car, instead preferring to try out a number of the bars situated along the banks of the river. In the height of summer, you can imagine the throng of people drinking outside these places as the sun beats down. It wasn't quite that pleasant on a cold October day with intermittent showers but, thanks to the Slovenian penchant for blankets we had a real good go at remaining outside while pursuing a range of local beers.

It wasn't all drinking, mind you. There was some culture involved as Lewis, Mark, the recently arrived Ciaran and myself decided to take a cruise down the Ljubljanica. This featured a complimentary beer when boarding the boat and lasted for approximately an hour. I slept through approximately 45 of this which was a sign of things to come. At this juncture, I’d like to take the opportunity to apologise to any of my fellow boat passengers who may be reading this and who, in their attempts to take photos of the scenery around us, will probably have a Seth Rogen look-a-like ruining every one given my prime position at the back of the boat. Sorry.

Boat trip over, we were soon trying to make our way to the ground. On route, we passed a hotel with a coach outside and a mass of people. Curiosity may have killed the cat, but here it allowed us to see the England team boarding their transportation to the stadium. Wayne Rooney got the biggest cheer from the crowd, a far cry from those who shamefully booed him at Wembley three days previously. There was also a high five from Southgate who thanked us all for coming. With the benefit of hindsight with regards to his sides eventual contribution, I could've returned the favour and thanked him for aiding my pioneering work into insomnia.

Stozice Stadium was a 20 minute cab ride outside the city and at first glance appeared to be tiny. Only upon entry did it turn out that the entire place was sunk into the ground, so that you entered at the very top of the stadium with the pitch below you. It was a smart little place although on this occasion relatively empty.  A combination of the fact that England had played there less than 18 months previously and a disastrous Euros meant that the away end wasn't sold out. It was even less full by the end as supporters began streaming out from as early as the 15 minute mark in favour of the warmth offered by the city centres many great bars.

We stuck it out. At half time, I informed Mark, Fiona, Kevin and Sara who I'd miraculously ended up with having lost them after our little boat voyage that I was going to take a nap. The intention here was to catch up on some sleep during the 15 minute break. Silly me presumed somebody would wake me up if I was still out when the second half kicked off. My associates decided that, rather than do that, they wouldinstead focused on taking a load of pictures of me fast asleep while the game was going on.

Eventually, I woke up  into the second half, in time to see an absolute wonder save from Joe Hart. Hart was the only player to emerge with any real credit on a dire evening of football and that save was about the only thing of note that actually happened. Without him, England could easily have lost the game. But then at least there would have been some goals. Every cloud and all that.

Still, that snorefest had set things up nicely fit the return journey to Munich, this time at the slightly earlier time of 2.30am. 2.30am duly rolled around at the fabulous facilities supplied by Ljubljana Coach Station (a street with some bus stops) and there was no sign of the bus. 3am rolled around and a bus turns up. Brilliant, Munich here we come. Except, this isn't the 2.30am bus. There is a two hour delay on the border with Croatia owing to passport checks due to the migrant crisis and this is the 12.30am bus. Eventually, the 2.30am bus makes an appearance at 4am and we are off and running. That sleep in the stadium isn't looking such a silly move now thanks to that lack of efficiency from those at the Croatia-Slovenia border.

One man who knew a thing or two about efficiency was Adolf Hitler and you can't really go to Munich and escape the cities links to the Nazi Party. One I'd finally arrived back in Bavaria, there were more beers to be had in amongst visiting several sights such as Odeonsplatz, where Hitler made several speeches and the Beer Hall Putsch came to its bloody conclusion and the Lowenbraukeller, one of the places frequented by Hitler and his henchman. Remarkably, I stumbled across some sort of rally going on in Marienplatz in front of the domineering Rathaus led by the far right Pegida party with plenty of anti-Muslim propaganda going on and a lot of people listening. Munich a hot bed of the far right? Things don’t change that much.


A short 90 minute train journey from Munich is the city of Nuremberg, where the Nazi Parade Grounds are. This was where Thursday was spent, checking out the fascinating museum about the Nazi's rise and fall and standing on the balcony from where Hitler would inspect the troops. The whole place was fascinating, from the lake which was where the Nazi's had laid the foundations for a 400,000 capacity stadium (the Americans didn’t know what to do with it after the war, so just filled it up with water) to the Congress Hall, a 50,000 seater version of Rome's Coliseum which would have been where Hitler made grand speeches.

Nuremberg itself was a great little place, a smaller version of Munich with pubs and town squares galore. Having only half a day here was a travesty and a return visit to watch FC Nurnberg has to be on the cards. Their stadium? Part of the Parade Ground, of course. It would be nice to return to Ljubljana as well at some point. If the city was this great as Autumn kicks in, I can only imagine what it is like in the middle of summer.

Best do it soon as well. After all, thousands of people will be flocking there in the not too distant future to visit the city and see the spot where that great medical breakthrough happened. Ljubljana - where the cure for insomnia was discovered. 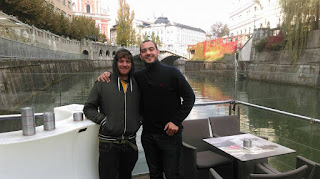 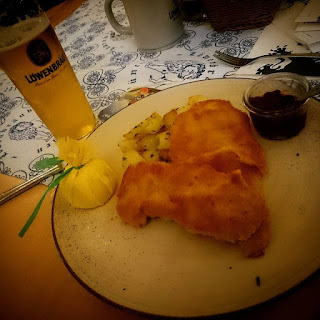 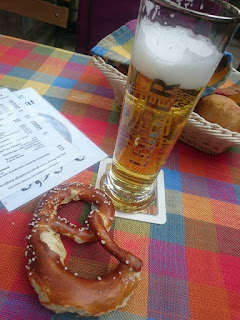 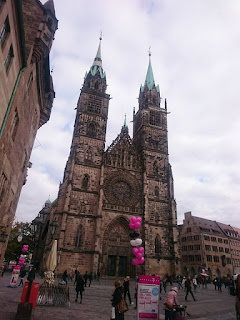 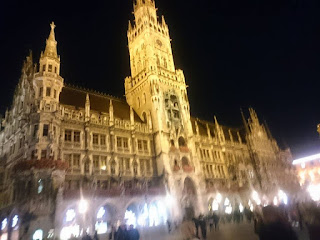