Bordeaux v Nice could be remembered for any number of things. Seeing the reigning French champions destroy their visitors 4-0. Laurent Blanc looking simply dashing in a pair of jeans in the technical area. The fact that you could get to the game on French public transport without encountering some sort of strike. But unfortunately, it will always stick in my mind for the unbearable heat.

Now I don't like heat at the best of times but this was something else. Admittedly, my cause probably wasn't helped by the insistence on wearing a beret to blend in with the locals (as it was, none of them had one on so I in fact blended out). But even so, just sitting there watching 22 men wander around at a leisurely pace was enough to have you sweating as if you were running a marathon inside an active volcano.

Every year I venture to Bordeaux to stay with college friend Dan, now a resident. Normally these trips come about in June or July but this time in order to catch some action at Stade Chaban-Delmas, the journey was made in August.

Monsieur Blanc's side won Ligue 1 last season to break the dominance of Lyon, winners for the previous seven seasons in a row. This was their first home game of 2009-2010 and their first as champions, taking on a Nice team who were frankly not very good, but then again on the day both sides could be forgiven for the snails pace the game took place at bearing in mind those of us in the stand could easily have claimed dehydration purely through perspiration.

Part of the problem was the nature of Stade Chaban-Delmas. Sorry to geek things up but it is like the TARDIS - appears remarkably small on the outside yet is capable of holding 35,000. That is in part due to the fact you are crammed in like one of those Indian trains with people swinging from the rafters and the lack of space attributes to the lack of coolness.

Another reason for the heat factor is the lack of shade, with minimal roofing behind both goals but both sides covered. It's a bizarre layout with the design being oval yet the vast spaces that leaves at the ends behind filled with banks of seats. At one of these ends comes most of the ground atmosphere courtesy of copious blue and white banners, flairs and all the usual other paraphernalia you get on the continent. For a nation best known for surrendering and not working, they made quite a noise.

The game itself was a stroll for the champions once they'd scored a minute before half time through Jussie Ferreira Vieira. Yoann Gourcuff added a brace and Alou Diarra netted the fourth. Pre-game and post game was spent in a wonderful little bar just around the corner from the ground with a delightful owner we nicknamed Joan of Arc due to her resemblance to the French saint.

As for Bordeaux itself, the best way to describe it is expensive.€7.50 for a pint is anything but ideal and in truth there were very few good places to drink if you wanted a beer and not wine. The Houses of Parliament was a decent enough pub even if it overdid the Englishness (could you tell from the name?!) while Byron Bay was an Australian themed bar that attracted a decent crowd as well as a few mentalists.


As good as the sites got was the statue of a turtle and what appeared to be a half finished attempt to recreate the Arc de Triomphe which no doubt had never been finished due to industrial action on the part of the workers aggrieved at having to do more than an eight hour week.

The footballers on the other hand had more than earned their money after performing in that heat. It was certainly not conditions for football. Or wearing a beret. 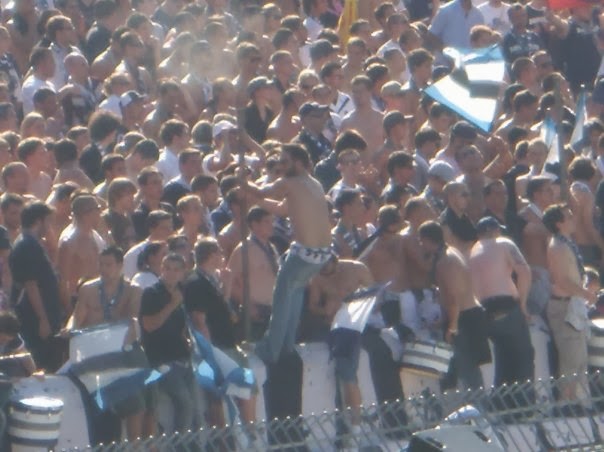 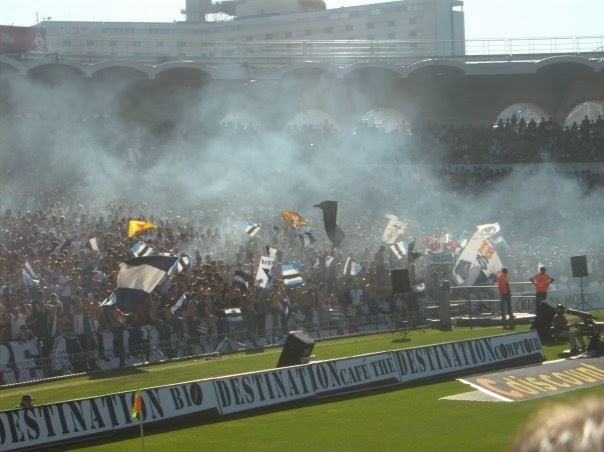 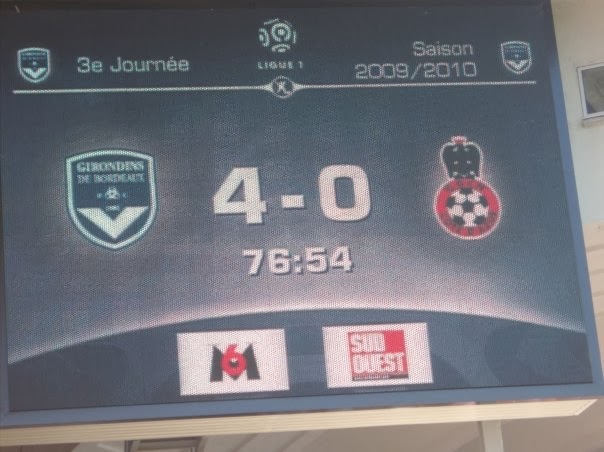