"You know who Fernando Alonso is? €100 if you can get me to Central Station quicker than he could. 20 minutes."

For a country that never enters wars and for whom excitement is the birth of a new calf on a hill somewhere, trips to Switzerland always seem to be eventful and they always seem to involve what is more commonly known in the trade as a travel cock up.

England last played there in 2010, when the French were striking over something - I suspect having to work more than twice a week - which meant a near fatal four hour delay in getting a train from Paris to Basel for the game. No such problems this time, we'll avoid France on the way there and avoid it in the main on the way home. Famous last words.

What should have been a nice, early flight from Gatwick to Milan and then a delightful train journey through the Alps from Italy to Switzerland descended into farce as the crew of the EasyJet flight decided to turn up late meaning an hour delay. Be ten seconds late for a flight and Sir Stelios is rubbing his hands with glee, turning you away for this disgusting lack of punctuality and forcing you onto a far more expensive flight for your troubles. So the irony and anger at this turn of events was understandable.

This delay meant that from getting out of Milan's Malpensa airport, there was just 30 minutes to get to Central Station - a journey that according to the even the most optimistic timings would take at least 40 minutes. God bless the Italians then and their lack of care for speed limits. Having tracked down a taxi driver who looked suspiciously like Flavio Briatore, €100 was waved under his nose if he could drive like Ferrari hero Fernando Alonso and get to the station in 25 minutes. Whether it was the money, the encouragement to break the law and do 200kph at one point or the fact this ragged looking gent was inspired by the previous days grand prix at Monza a few miles up the road, he achieved his aim and after a sprint that Usain Bolt would have been proud of through the station the train to Basel was made with 30 seconds to spare.

The end of the travel problems? Don't be silly, but more on that later. The train journey took five hours but it was a spectacular one. Criminally, this was my first ever visit to Italy and what a stunning place. We wound our way past lakes overlooked by massive hills, through forests, mountainsides with little houses and huts scattered all over them that made you want to burst into a Julie Andrews number. It was tempting to send a tweet to Taylor Swift comparing the beauty of it all to her, but then again that may have been the cans of Eickhoff talking.


Basel was eventually reached with the England fans gathering pre-game in Steinenvorstadt. This long, pedestrianised street had everything you need for drinking in Switzerland - a Spar where cans of Quollfrish were £1.50 as opposed to the £12 (TWELVE) a pint in a pub and plenty of places to hang flags. A good old fashioned sing song erupted, the police posed for photos, Swiss fans wandered past with cow bells and cheese and Toblerone themed hats. As you do.

St Jakobs Park is a short tram ride away and from the outside you could be mistaken for thinking you'd turned up at Nelson Mandela House, Peckham rather than an international football ground. Once inside - which took half an hour due to hundreds of England fans trying to cram in through four turnstiles prior to kick off - there was little danger of seeing Del Boy and Rodney.

England were housed in two tiers in a corner behind the goal, exactly the same place as on our last visit. There did seem to be less this time around which, given the drop off in performances recently and the much publicised and sung about decision to award just one loyalty cap for away games as opposed to two for going to Wembley, was hardly surprising. Opposite the away end is a similar stand and down both sides two large, three tiered stands. It's a funny old ground but one that works and I'd love to get back for an FC Basel game at some point.

Given the dirge served up against the powerhouse of football that is Norway five days earlier and the fact Switzerland had a decent World Cup, most England fans agreed that they'd Suarez your arm off for a draw before the game. The fact we won, playing decent attacking football led by Raheem Sterling and the brace scoring Danny Welbeck was particularly pleasing. It did owe more credit than appears to be given though to a great first half save at 0-0 from Joe Hart with his legs and then an excellent late clearance from Gary Cahill. Still, no complaints here - the extension of Euro 2016 to 24 teams meaning with that result in the bag it will take a cock up of the sort of size of Easyjet staff being late to mean we don't qualify.


Post game and drinking in the street was obviously out of the question so that meant biting the bullet and paying the £8 (EIGHT) for a pint of Wadenswiller. Firstly that meant Bar Rio which unfortunately shut at 1am which neccesitated the move to Papa Joes. This was the second visit in succession I'd decided to sleep rough in Switzerland and Joes once again fully encouraged this scenario, allowing people to just doze off in their bar with none of the sort of hot headed treatment such behaviour can garner in England.


How do you know if you've had too many tequilas? Why, when it reaches 4am and you are sick of course, at which point it is time to retire to bed or in this case a bench in the main station. At 6am it was off to catch a train to Strasbourg from where Luxembourg and a flight home would be reached. Or so I thought...

Except of course, I'd got away with the first travel cock up and the Gods of the European rail system weren't going to be so kind a second time. No, this train was delayed thanks predictably to some French peasant,  arriving at Strasbourg 20 minutes late meaning a missed connection to Luxembourg City and as a result a trip to Paris. From there? A £200 ticket for the EuroStar to get back to England, a decent Parisian breakfast from a cafe that was surprisingly not shut due to a strike and a quick visit to the Eiffel Tower to try and find a woman to propose to.

How's that for a cock up? Thank Christ England won 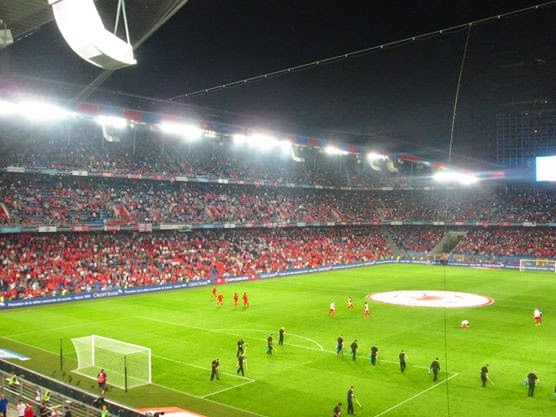 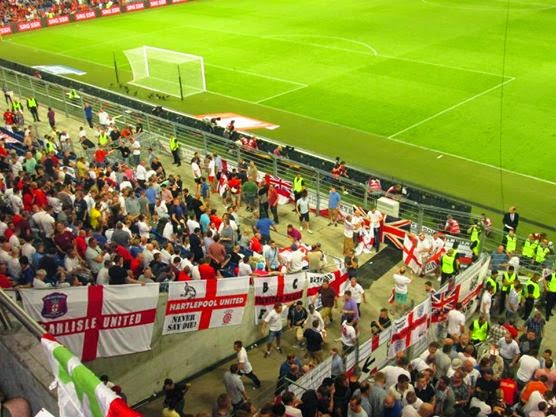 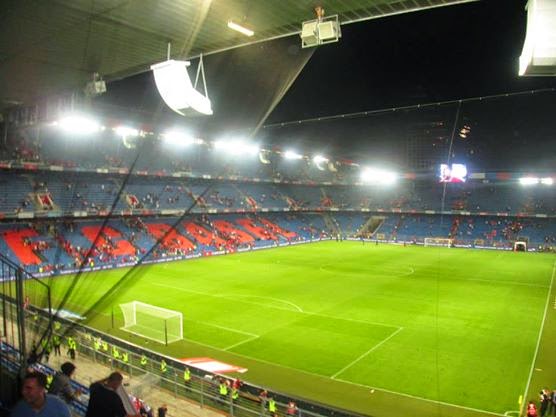 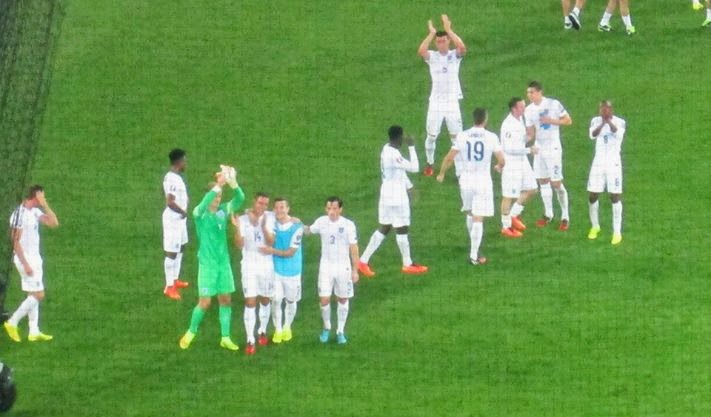