"Of course I'm coming for a beer afterwards. Anything to avoid going back to a hostel where I am the only guest and that appears to be run by a geriatic retired mafia boss."

Italy is home to many things that I love. Pizza, Ferrari, beautiful women, excessive use of car horn and the best national anthem in the world to name but a few. Yet criminally this was my first ever proper visit to the country that gave us bunga bunga.

We'd all heard the horror stories of football trips to Italy. Stabbings, batton charging police, running battles on the terraces, mopeds being launched and chairs luzzed. "Make sure you pack your running shoes and your stab proof underwear" was the general advice. Do I look like I own a pair of running shoes? And as far as stab proof underwear goes, I know living in Brighton would you'd think make it easily accesible but would it really be necessary?

Unfortunately for the tabloid headline writers and the doom mongerers among us, no was the answer. Italy v England passed out without so much as a hitch. A few lighters flying through the air when Andros Townsend popped up with his second half equaliser for the Three Lions was about as Football Factory as the visit to Turin got. With this trip taking place on a limited budget, there was disappointment all round that no much needed spare change was lobbed into the away section by the locals.

The trip started and ended in Milan, a short 45 minute or so hop via the very amicable Italian express train service alongside the snow covered alps from Turin. There wasn't s great deal of time to explore Milan before heading to the host city but naturally we found time to cram a couple of beers in.


Turin itself was a beautiful place. Situated at the foot of the mountains, it is a mixture of the old and the modern with the arches that The Italian Job made famous in all their glory, minus a plethora of minis running riot around the city.

Having been subjected to weather that was wetter than an otters pocket upon leaving Gatwick, it would have been rude not to take advantage of the balmy sunshine, sitting outside in t-shirt and sunglasses in one of Turin's delightful piazzas drinking refreshing Italian beers. Or at least it would have been had Anticco Cafe not run out of local brew due to the plethora of England fans enjoying their facilities - Becks all round it was.

For food, we took the when in Rome - or Turin - approach which meant pizza of course. This was pizza unlike I'd ever seen it; a grossly unhealthy mixture of dough, cheese, bacon, sausage and tomato that was bigger than a car wheel and could clog an artery by looks alone. It was the sort of item that would turn the black hole in NHS funding into whatever a black hole turns into (a quick Google search doesn't throw up the answer to complete that particular analogy so any advice gratefully received if Brian Cox is reading).

The Italian authorities had laid on a convoy of busses straight to Juventus Stadium for England supporters which after what appeared would be a total cock up actually ran quite smoothly aided by a beautiful blonde police woman on a motorbike. Attempts to find, be arrested by and propose to her after the game were I am afraid to report a failure.

After some pretty stringent security which involved an ID check against name on ticket, a thorough search, another search and then another turnstile check we were into Juventus Stadium. And what a place it is. If you'd missed leg day for the trip then there was no need to worry, the steepness of the stands was such that you got a thorough work out just getting down a couple of rows of steps.

Built on the site of Stadio delle Alpi and opened within the last few years, the top seat in the stadium is just 49m from the pitch thanks to the desire to keep the atmosphere in with the steep rake. Whether it works or not we didn't find out on the night as there were plenty of empy seats - around 1/4 of the stadium was unfilled - among the Italian support with the crowd being a mixture of younger fans and families - a far cry from the passionate locals that pack it out for Juve games. Having said that, when the Tifosi did score and for that brilliant national anthem, the noise generated was loud so when the place is rocking for a Grand Old Lady game it must be quite the sight (added to "must do games list").

Two tiered all the way around, it is one of the better new grounds visited particualry for international football. A nice touch is the executive boxes which appear to take the form of conservatories in the middle of the main stand, all rather bizarre.

As far as friendlies go, this was a decent one with Southampton's Graziano Pelle opening the scoring in a pretty dire first half for the Three Lions. Once Roy Hodgson made a raft of second half changes including a tinkering with the formation England were the better side with Townsend's goal securing a draw and sparking wild scenes of celebration despite the friendly nature of the game and the aforementioned opportunity to add to ones lighter collection.

The standard lock in happened afterwards and around 45 minutes later we were back on buses and the convoy was off to the city centre, where we found a delightful little pub called Jumping Jester. It was obviously the place to be as we were soon joined by Neil Ashton and some other members of the Sunday Supplement squad, fresh from filing their reports and ready for a manly vodka and lemonade.

One thing they certainly weren't having to go through is the nightmare accomodation situation suffered by the journalists at McCarthy Football Travels. Somehow, I'd managed to book myself into a hostel that appeared to be run by a geriatice former mafia boss and in which I was the only person staying. He also had a penchant for parading around naked. One man in an eight man room in an empty hostel. If that wasn't the premise to be murdered in some sort of horror movie scene then God knows what was.

With that in mind, the aim was to stay out as late as possible which was achieved in stunning style thanks to the nightclub Lapsus' student night going on until 4am. A club full of beautiful Italian students and not one batton wielding police officer in sight. That wasn't the case for all our England supporting friends however, rumours swirling around that the police did clear out one pub full of English for no other reason than that they were bored with the lack of trouble stirred up throughout the day by the visitors.

Of course, Lapsus led to a terrible hangover the following day and the recreation of one of the cities great artefacts with the Shroud of Turin being delightfully imitated with the Sick Covered Bath Mat of Turin. Being owned by a former mafia boss, the hostel had obviously seen worse than this modern day twist on an historical relic, which was inspiration enough to go on a Holy items tour before the journey back to England including the resting place of the actual Shroud, the stunning Milan Cathedral and then finally the Church of Saint John the Baptist and then onto the Convent of Santa Maria delle Grazie when back in Milan, scene of Da Vinci's Last Supper.

Which was quite ironic, seeing as all the elements (batton charging police, machete carrying locals and a hostel owner who was seemingly more used to dealing with corpses and horses heads than a living, breathing guest) suggested it could have been the scene of my last supper too. 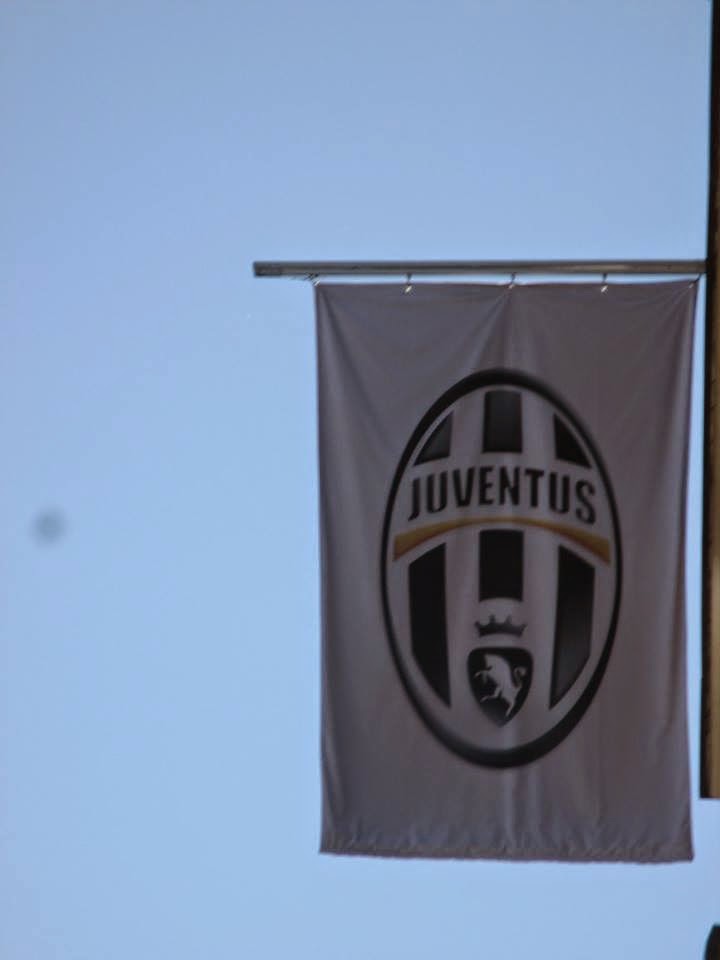 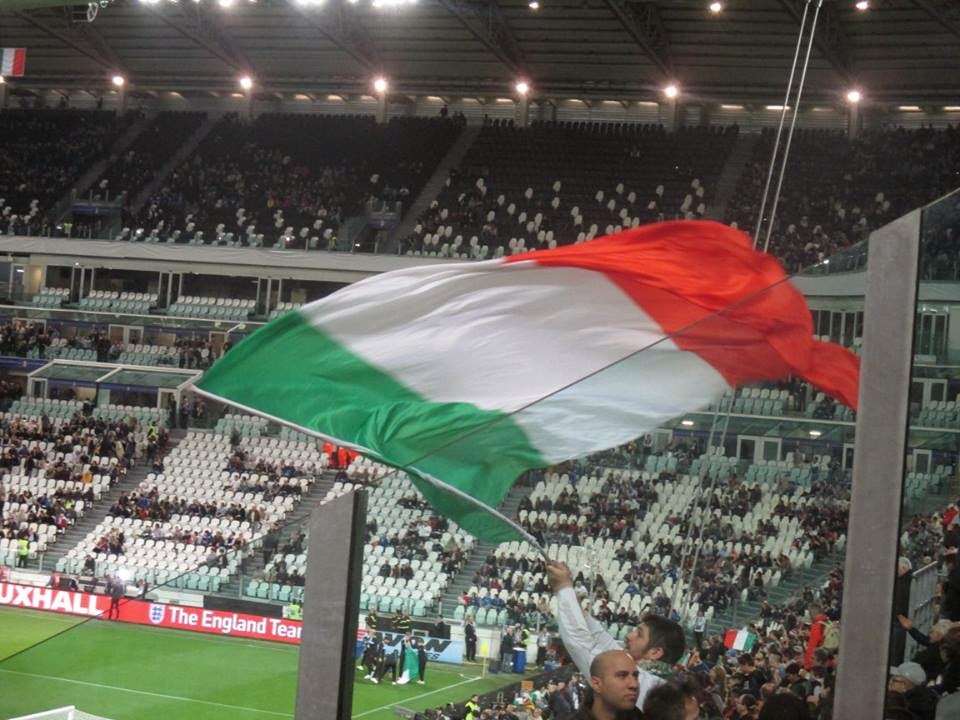 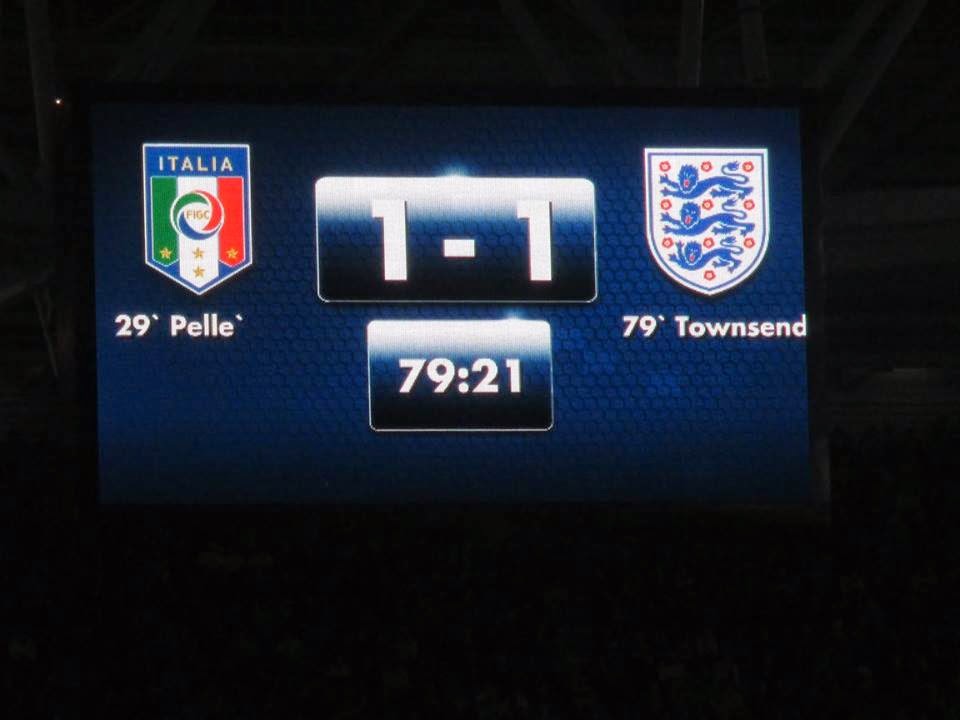 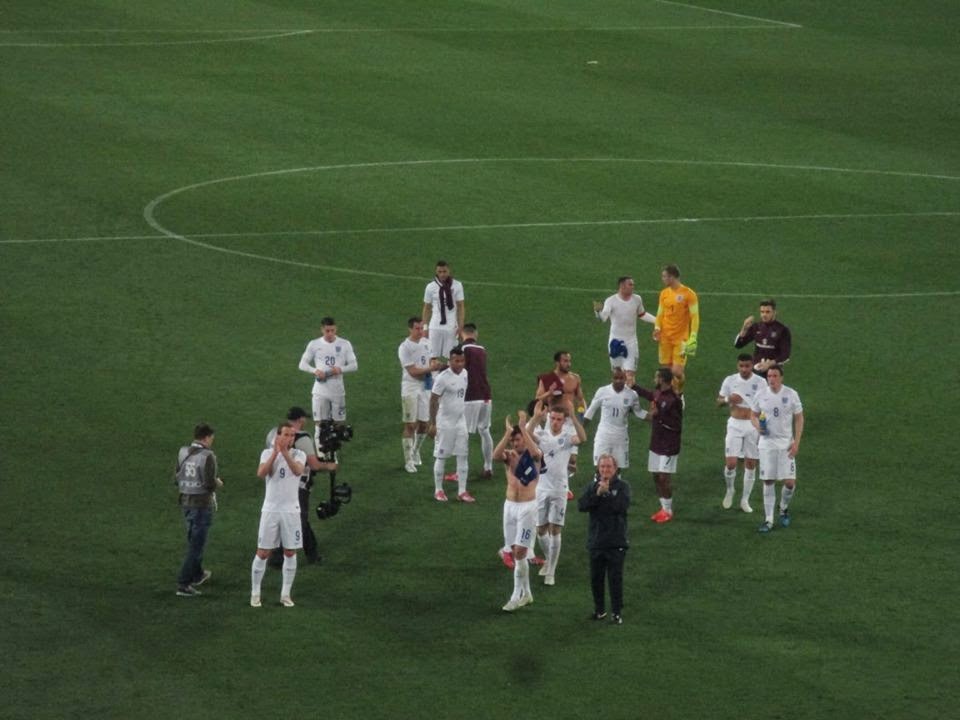